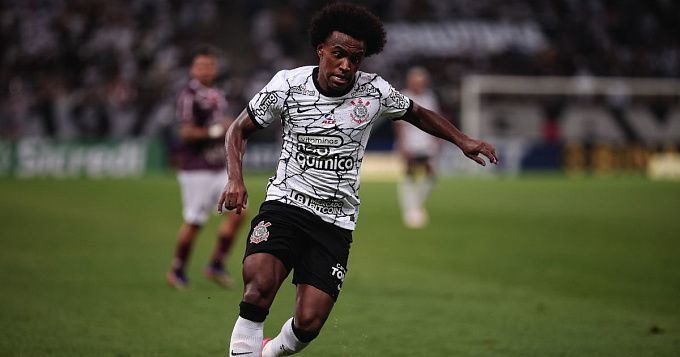 When Athletico Paranaense continues their season at home against Corinthians on Wednesday night, they will be looking to get back to winning in the Brasileiro.

The hosts are coming off a scoreless draw with Fortaleza, while Corinthians’ latest game saw them defeat Juventude 2-0 to move up to second place in the standings.

Athletico PR will enter Wednesday’s match with a five-game winning streak after winning three and drawing two of their previous five Brasileiro games, which put them in fifth place overall with 17 points.

The Red and Blacks, who placed 14th in Brazil’s top division previous season, drew 0-0 with Fortaleza in most recent match after defeating Juventude 3-1.

Early in the season, Luiz Felipe Scolari’s team has performed well in front of their home crowd, earning 10 points from five games on the strength of three victories, one draw, and one loss.

Athletico PR will play Coritiba and Bragantino to close out the month of June, and the fact that they are currently only one point behind Sao Paulo in third place speaks to their strong start.

The Hurricane have faced Corinthians 36 times in the past, but have only triumphed in nine of those games, losing both of their league meetings to Corinthians by a score of 1-0 last season.

Adson and Gustavo Mantuan scored for Corinthians in their 2-0 victory over Juventude in Sao Paulo, and they will come into this game on a roll.

With the victory, Vitor Pereira’s team now has 21 points from their 11 games, placing them in second place on the table, one point behind the table-toppers Palmeiras with the same number of games played.

Corinthians lost 1-0 to Cuiaba in their most recent away game on June 8, but with only two league losses so far this season, they will be aiming for the top spot in the standings.

The Great Team finished fifth last season, some 27 points behind champions Atletico Mineiro, despite having won Serie A seven times previously, the most recent of which was in 2017.

As previously reported, Corinthians defeated Atletico PR twice in the previous season and hasn’t lost to them in this venue since November 2018.

Athletico PR will undoubtedly be happy with how the season has started, but high-flying Corinthians will be fired up for this match. On Wednesday night, we anticipate a close game, but we think the visitors will have enough quality in the attacking areas to earn all three points.