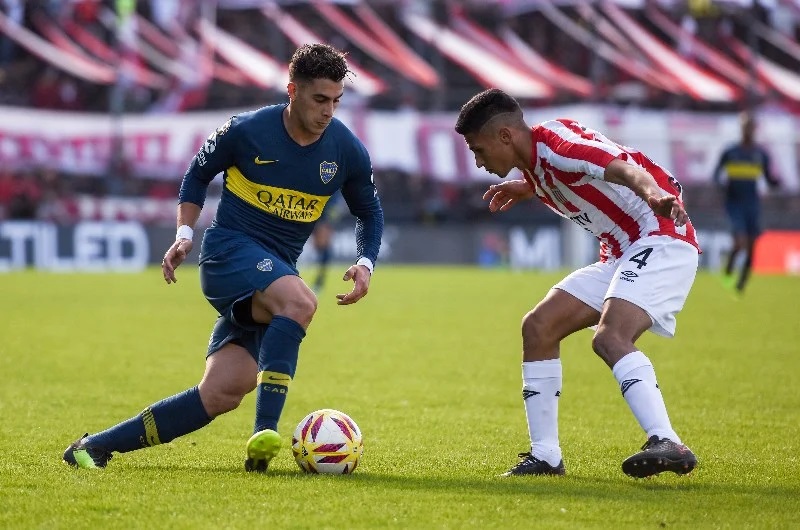 The goal for the host team is to recover from their most recent loss, while the goal for the visitors is to win three straight games for the first time in five weeks.

At the Estadio Diego Armando Maradona on Thursday, Boca Juniors fell to Argentinos Juniors in a discouraging 2-0 defeat.

After giving up goals to Gabriel Carabajal and Gaston Veron in the first half, Sebastian Battaglia’s team was left facing an uphill battle.

After just nine rounds of games, the Blue and Gold have dropped to 15th place in the standings and are currently seven points below first place.

Their upcoming opponent is a team that hasn’t given them much to pick from in their previous 18 encounters, which resulted in eight wins for each team and two ties.

In their most recent home game, the hosts ended a three-game losing streak, and they’ll be hoping to continue that momentum in front of their supporters on Monday.

The struggling Barracas Central team was easily defeated by Estudiantes in a 3-1 victory at the Estadio Jorge Luis Hirschi in La Plata.

Leandro Diaz gave Ricardo Zielinski’s team the lead early on, but Ivan Tapia pulled one back for the opposition. After the break, goals from Benjamin Rollheiser and Pablo Piatti in the second half put the contest to rest.

Los Pincharratas are currently just three points away from finishing in the top 10 after moving up to the 17th spot in the league table.

The Monday visitors have a lot of work to do on the road if they want to compete with the teams in the higher echelons of the standings this season.

Right now, there isn’t much between the two groups, so either one might win this match. Although it will be by a slim margin, we think Boca Junior will be able to defeat Estudiantes’ threat.