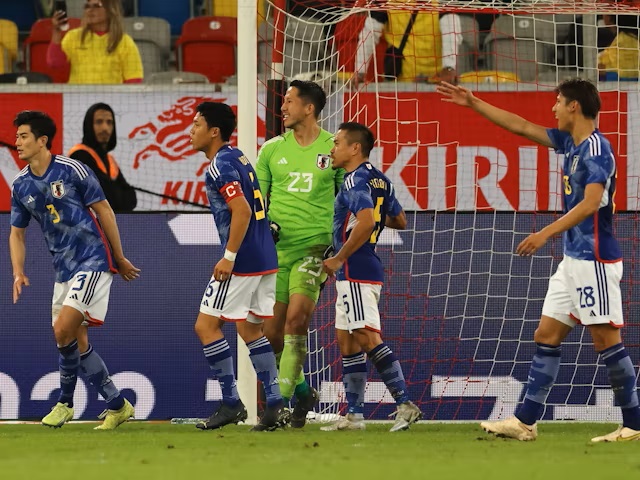 Less than a week remains until the World Cup kicks off, but Canada and Japan will play each other on Thursday at Al-Maktoum Stadium in Dubai before they start their respective tournaments in Qatar.

The Samurai Blue have defeated Canada twice in previous encounters; the most recent was a 2-1 victory for Japan in 2013.

Canada vs Japan Tips and Prediction

The youngsters’ 36-year wait to compete in the finals is almost ended. Prepare to play on the biggest platform in football with this Canadian team.

As only six of the players selected are currently 30 years of age or older, John Herdman finalized his roster on Sunday, focusing more on youth heading into the finals.

Les Rouges may be one of the less experienced teams traveling to Qatar, but they have demonstrated the ability to outplay more seasoned opponents with transitional play.

A lot of Canadian players are also having an impact this season with their club teams in some of the top European leagues.

Canada has had chances in their last two games despite losing both of them, drawing Bahrain on Friday and out-possessing Uruguay in September but losing 2-0.

Canada has only lost one of its four games against Asian opponents since 2016, and its most recent triumph came in a victory over Qatar in September.

With Germany and Spain in Group E along with Costa Rica, Japan has been dealt a difficult hand as they prepare for their seventh consecutive trip to the finals.

Their chances of making the last 16 for the fourth time in their history therefore seem remote, despite the fact that they displayed formidable competition in Russia four years ago.

Although few predict that they will advance past the group stage in Qatar, this is a team that should not be underestimated. In one of their two losses all season, Japan held World Cup favorites Brazil scoreless until the 77th minute of a loss in June.

Recently, their defense has been particularly strong, but this team is full of talented midfielders who excel both at the club and international levels.

The Samurai Blue have only faced three CONCACAF countries since 2020; they lost 2-0 to Mexico almost two years ago and did well to contain the USA squad earlier this year, winning by the same margin without allowing a chance on goal.

Herdman appears to have received a warning from Davies’ slight injury to take it easy and rest his star wing-back before the World Cup.

We are leaning toward the Samurai Blue, who should be able to control the game’s pace in the midfield and be a formidable defensive unit to break down, regardless of how long the top players for either side play in this match.