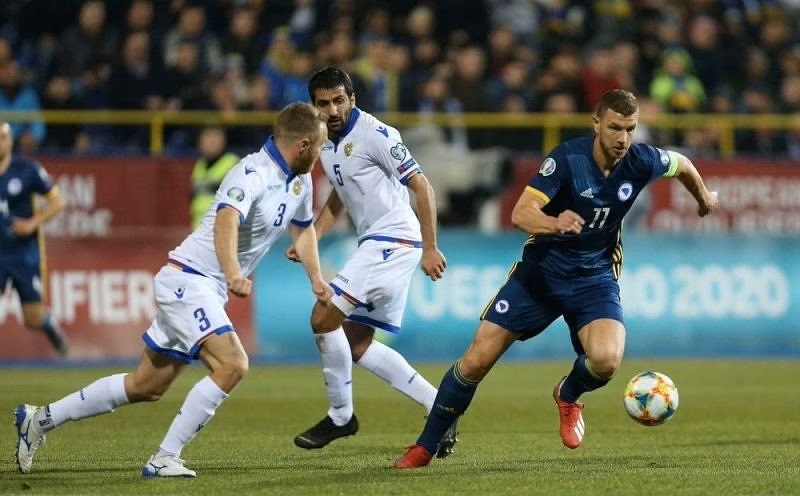 On Saturday, Finland will host Bosnia-Herzegovina at the Helsinki Olympic Stadium in the first match of their UEFA Nations League campaign in 2022-23.

In the FIFA global rankings, the two countries are separated by only two points, with Finland ranked 57th and Bosnia and Herzegovina ranked 59th.

Finland Vs Bosnia-Herzegovina Tips and Prediction

Finland nearly lost out on qualifying for the 2022 World Cup after finishing third in their group behind Ukraine and France after making their big tournament debut at Euro 2020 last summer.

Finland finished second in League B Group 4 of the 2020-21 Nations League before their Euro 2020 campaign. Markku Kanerva’s men were unable to overtake group winners Wales, who ended four points ahead of the rest of the field.

In this year’s competition, the Eagle-owls will face Bosnia and Herzegovina, Montenegro, and Romania, and they will like their chances of advancing from what might be a very open group.

Finland enters Saturday’s match having won only three of their previous 11 internationals, however their most recent success came in a World Cup qualifier against Bosnia and Herzegovina, which they won 3-1 away from home in November last year.

Kanerva’s home record, on the other hand, may be a reason for concern, as they have only won one of their previous ten home matches in all competitions, failing to score on six occasions.

Bosnia and Herzegovina, like Finland, did not qualify for the 2022 World Cup, finishing four points behind the Eagle-owls in the same group and winning only one of their eight matches.

Bosnia and Herzegovina also had a terrible 2020-21 Nations League season, despite playing tough opponents, finishing second behind Italy, the Netherlands, and Poland with only two points from six games, and were therefore demoted from League A Group 1.

The Golden Lilies will now be looking for better results in League B Group 3 as they aim to gain promotion to the top division at the first time of asking, however their recent away history suggests they may find it difficult to start with a win this weekend.

Bosnia has won only two of its previous 17 international road matches, against Kazakhstan and Lithuania, both of which are ranked below the top 100 in the globe.

In their previous international in March, Ivaylo Petev’s side broke a four-game losing streak with a 1-0 home win against Luxembourg, with veteran striker Edin Dzeko scoring an 86th-minute winner. The 36-year-old currently has at least 33 more international goals than any other player in the country’s history.

Both Finland and Bosnia and Herzegovina will be eager to get their Nations League campaigns off to a good start, and they will be optimistic about their prospects on Saturday.

The previous time these two countries played, Finland came out on top, but we expect Bosnia to get a point this time in a closely contested match.