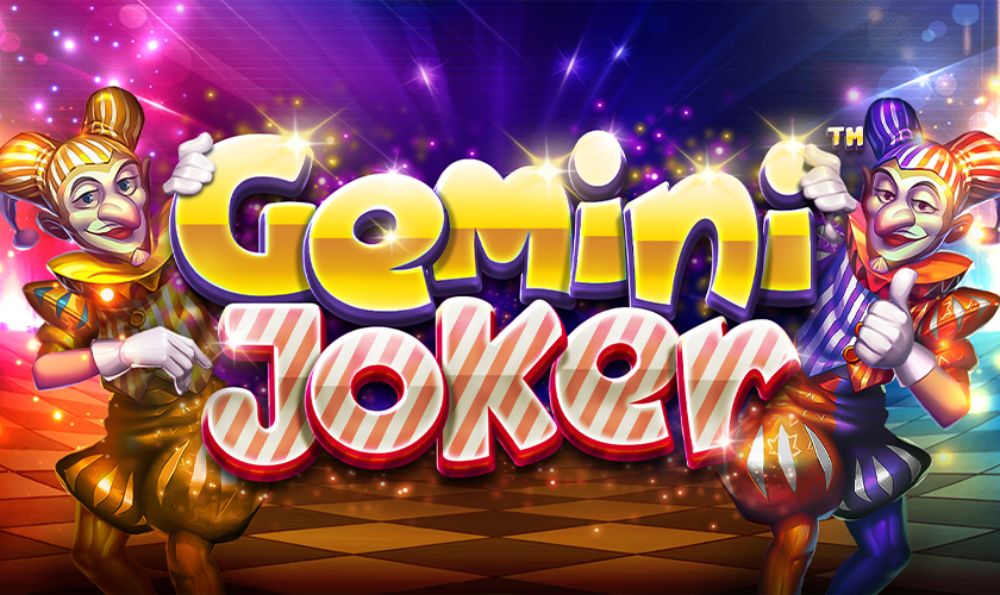 Gemini Joker comes from a developer with a solid track record when it comes to slot machines. Betsoft has what it takes to make Gemini Joker a very popular slot machine, with modern graphics of the greatest quality, robust features, and significant payouts in a number of their games. They chose a traditional concept, with the Joker as the main character and a succession of other well-known symbols in prominent placements.

You’ll be spinning 5 reels with 3 symbols each, but there will only be 5 active lines. With a top reward of up to 1,700x the stake, mild volatility, and a 95.61 percent RTP, the slot is approachable and appealing to a wide range of players, new and experienced alike. The Stacked Reel Respin, regular and multiplier wilds, and the Multiplier Wheel are among the more notable features.

The 5 paylines are fixed, and all you have to do is choose your total stake for each round. The smallest setting is worth $0.10, while the most is worth $10.

Despite having a limited number of lines, Gemini Joker is capable of paying a decent amount. The jackpot is worth 1,700 times the bet, and players can win it by using powerful multipliers and top-paying symbols.

Because the danger isn’t particularly big, I expect most people will be content with the top prize mentioned inside (medium volatility). At 95.61 percent, the RTP is also close to being acceptable.

Features of the Gemini Joker Slot

Inside, there are two different Gemini Wild symbols, each of which uses its ability to form direct combinations (25x the stake per combo) and also serves as a substitute for the regulars.

Additionally, when assisting other symbols with their combos, the one with the 2x Wild logo will be able to double the wins of other symbols. These multiply each other, so you could acquire up to five of them to increase your winnings by up to 32 times.

The Multiplier Wheel will spin for you, but first you must get all of the same-type symbols on the reels. When this occurs, the Wheel spins and awards you a 2x to 10x multiplier, which you can utilize on the round’s wins.

Stacked Reel Respin is a new major mechanic that has been added to the game. You must have stacked symbols of the same type on the first two reels in order to win that round. Two reels are locked, while the remaining three respin for a better chance of making combinations.

It’s a game with a classic theme, but given that it’s a Betsoft slot, it ends up looking more current. The background image resembles a checkerboard, except it is twisted and filled with neon lights. There’s also a Joker who sits next to the reels for a splash of color.

The two Jokers are the game’s stars, and they appear as wild symbols. Only five other symbols are used, starting with the lowest-paying Cherries and progressing through Palums, Watermelons, Dice, and the Star to the highest-paying Star (top symbol).

Despite the selected theme, Gemini Joker looks fantastic, and I enjoyed the game’s potential and features. Betsoft has done an excellent job with this game, which I would suggest to both novice and seasoned players.