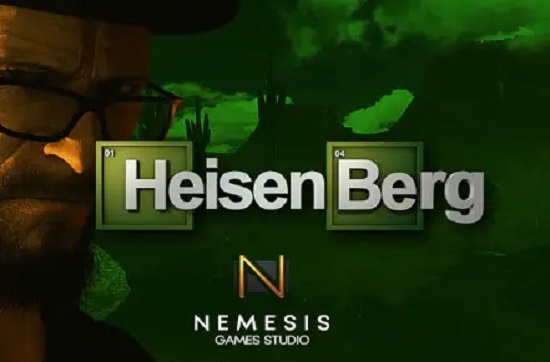 HeisenBerg appears to be a slot machine based on the tale of Breaking Bad, a popular television show from the last decade. It was well-received by many, and I’m confident that this new Nemesis release will be well-received by gamers as well. It’s unclear whether they have an official license, but the characters that appear on the reels are obvious if you’re familiar with the show, and they appear to be based on the show’s actors.

In HeisenBerg, you’ll be playing on 5×3 reels with up to 25 active lines. The top prizes aren’t particularly generous, with up to 20 times the bet paid per line and up to 117.6 times the investment indicated as the top prize for all lines. However, the RTP appears to be acceptable, at 96.26 percent, so I would anticipate a lower volatility rating based on that combination. The array of special features, which includes wilds, scatters, extra games, and free spins, appears to be enough.

I’m not thrilled about the potential rewards in this game. The rules page mentions a top reward of $500 (20x the stake) each line and a total payout of up to $2,940 for all lines (117.6x the stake). Still, with the 96.26 percent RTP noted earlier, you’ll discover that this is a good long-term bet.

The W wild will be one of the game’s features. Even if it lands numerous times on the same line, this symbol is solely useful as a substitute; it does not give any wins of its own. Regular symbols are the only ones that can be replaced.

When the scatter symbol (Mobile Phone) appears three to five times, you will be awarded free spins. The game will reward you with 5 to 20 free spins in exchange.

When five dispersed bonus symbols appear on the reels, the bonus game is triggered. During this function, you choose three components and are rewarded based on your selections.

HeisenBerg was a notable scientist who lived in the twentieth century. It’s also the nickname given to the main character of Breaking Bad, a popular TV show that’s been around for a decade or two. Based on the figures we see on the slot machine’s reels, it appears to be inspired by the TV show.

Several feature triggers will include logos, flip phones, or lab equipment as symbols, while the premium regulars will include photos of four show characters, a bag of money, and a succession of Royals (J-A).

HeisenBerg appears to be a good slot machine to try, but while that may be true in terms of aesthetics, features, and even RTP, the top prize indicated on the rules page is extremely low. I’d recommend it to casual gamers, primarily because of the top reward.