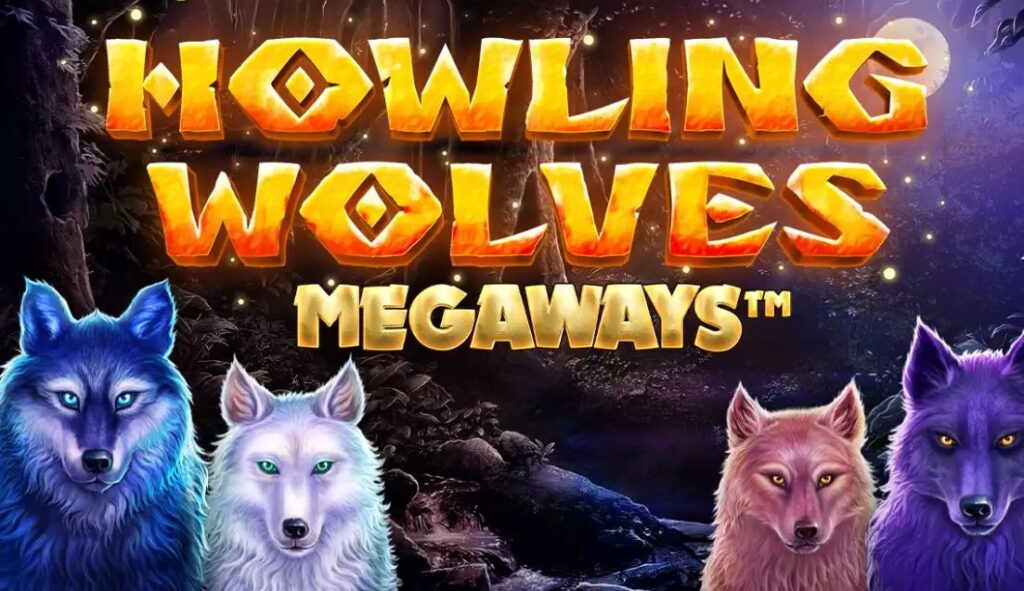 We’ve seen a lot of wolf-themed slot machines before, but the combination with the Megaways engine isn’t as common, so this latest offering from Booming Games is a pleasant addition. Many of the popular features connected with this engine will be included in Howling Wolves Megaways, along with amazing prizes, so it’s not simply the nature theme that’s entertaining.

Howling Wolves Megaways is a 6-reel slot with up to 117,649 ways to win. There’s a good mix of special features here, from cascading reels to wilds, scatters, free spins, and multipliers. Despite the interesting dynamics, this is a game with smaller payouts than others, with the best spins providing only 2,168x the wager. That portion checks out because the RTP is 96 percent.

The betting range should be fairly approachable, whether you’re at its lowest or highest end. Low rollers can pay as little as $0.10 for a single spin, while high rollers can spend up to $10.

While most Megaways slots have excellent payouts, Howling Wolves Megaways falls short. The biggest prize that can be won inside is 2,168x the bet, which is rather modest for a game with such extreme volatility.

The RTP is at a respectable level, with 96 percent of the wagers coming back to the players, so it’s not a case of the developer holding out on you.

The Megaways engine, which was created by Big Time Gaming, is normally available in the version we see above, with 6 reels and up to 7 symbols per reel. The number of ways to win might be ranging from a few hundred to 117,649, which is a wide range.

Following the construction of a winning combination, the cascading reels will activate and remove the symbols involved. You’ll obtain more symbols and possibly more cascades as a result of this.

There are wilds on the reels, which means you’ll get some assistance in building winning combinations. If the wild lands on the right reel, it contributes to all combos produced.

You can also benefit from a number of random modifications, which can help you make more money in your rounds.

Four or more scatter symbols start the free spins, which can range from eight to thirty rounds depending on how many triggering symbols are present. This feature cannot be reactivated.

The only difference between the free spins and the base game is that the modifiers appear more frequently.

Howling Wolves Megaways will feature a wolf theme, but it will be constructed with a lot of Native American tribes in mind. The premium symbols will have four different varieties of wolves, while the others will feature masks, pottery, tomahawks, drums, headbands, or teepees. There will be wilds and scatters in the game.

Overall, a nice slot machine, at least in terms of the features available. However, the low-top payout will keep a lot of players away.