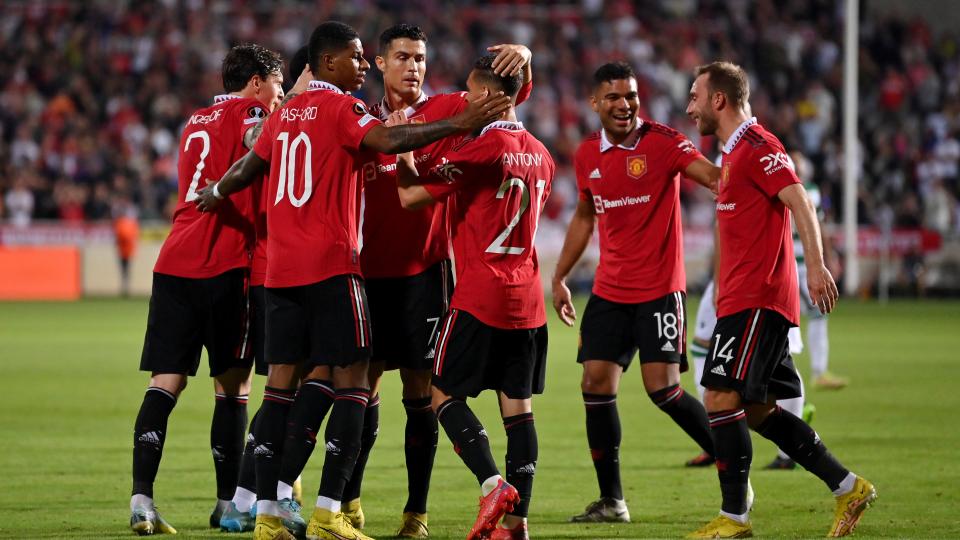 Last week’s matchup saw the Red Devils prevail over the Cypriot team, but the underdog visitors undoubtedly gave the 20-time English champions quite a scare.

Man United supporters who survived the trip to Omonia last week may have been preparing for another uncomfortable trip home when Karim Ansarifard gave the Cypriot champions a 1-0 lead before halftime because they were facing Neil Lennon, a fairly familar opponent.

However, Erik ten Hag’s substitutions last week were highly effective, as a brace from Marcus Rashford and a goal from Anthony Martial, a fellow substitute, turned the game around before Nikolas Panagiotou scored even another consolation for the hosts.

When Man United resumed their Premier League duties against a tenacious Everton team, another comeback attempt was on the schedule. Everton had taken the lead through Alex Iwobi before Antony and Cristiano Ronaldo answered for Man United just before halftime.

Man United’s disastrous start to the season is now a thing of the past, and they are now firmly in the Champions League conversation. They are currently ranked fifth in the Premier League, and their six points from three Europa League games place them second in Group E, behind a perfect Sociedad team.

Ten Hag will be concerned about the Red Devils’ nine goals conceded in their last three games across all competitions, even though defensive absences have played a significant role in that. The Red Devils have lost their last two home European games to Atletico Madrid and Sociedad, and they have never lost three consecutive continental games at Old Trafford.

The Cypriot champions are still without a single point at the halfway point of the group stage, despite the fact that Omonia should be commended for troubling the Man United defense in front of their fervent fanbase last week. Spirit and passion do not win points.

Lennon’s team is currently in fourth place in the division after losing three straight games to Sheriff Tiraspol, Real Sociedad, and now Man United. Any slim hopes the visitors had of finishing in the top two could be dashed with a loss this week.

Even though there are just three points separating Omonia and Sheriff Tiraspol for the final Europa Conference League slot, Lennon’s team failed to regain their momentum last weekend as they fell to AEL 1-0 in First Division play.

Omonia’s loss against AEL was their fourth defeat in five trips, and they haven’t triumphed on the road in a European match since overcoming Shamrock Rovers in 1987 (one of their two victories on the continent while playing away from home).

Lennon’s team needs to accomplish something no other Cypriot team has ever done: defeat an English club on the road. Only then can they produce a seismic shock and split Europa League Group E wide open against Man United.

The Red Devils shouldn’t have any trouble with their visitors this week, especially if Lennon is without his first-choice goalkeeper, unlike last week when Ten Hag had to rely on the bench to get the job done.

Rashford is looking as brilliant as ever, and Ronaldo showed flashes of his old form against Everton, so we can only back Man United to come out on top and continue to be competitive.