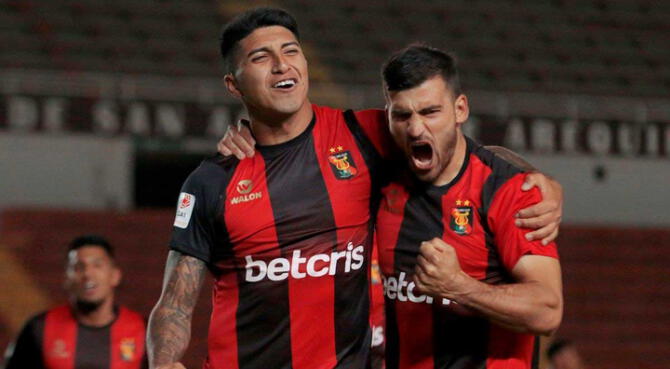 Melgar will host Deportivo Cali after a scoreless draw in the first leg of their round of 16 match, with both teams vying for a spot in the next round.

The hosts followed that up with another draw, and they now intend to turn that into a triumph in front of their own supporters.

Melgar and Deportivo Cali engaged in a closely contested match in the first leg of the match, which Nestor Lorenzo’s club did win in terms of possession.

Even though the team played a lot of football, they could only produce two shots on goal, thus a scoreless game was not unexpected.

Melgar followed it up with another scoreless draw against Alianza Atletico over the weekend in league play, which saw them finish with just 10 players.

Despite this, they are now in first place in Peru’s Primera Division, demonstrating the caliber of the team they will be aiming to field on Thursday.

Melgar has only suffered three league defeats, therefore they will strive to continue this trend as they seek to advance to the quarterfinals.

Daniel Luna and Carlos Lucumi were both dismissed from the previous game between Deportivo Cali and Melgar in the closing 10 minutes of play.

Greater discipline will be something they are aiming for this time around since even though both of those players had entered the game off the bench, they were unable to finish it.

In their last six games, Deportivo Cali only secured one victory, therefore they are trying to change that in order to attempt and get back into form.

The team’s lack of victories has been a source of worry, and it prevents them from going into this match with as much confidence as they would have liked.

Deportivo Cali has only triumphed twice in this competition, but if they want to advance to the next round, they will need to change that.

Despite not having been able to generate many attacking opportunities in their previous matchup with Deportivo Cali, Melgar still enters this game as the favorite.

The fact that the hosts have been reliable and unbeatable throughout the season in all competitions should help them win this match.