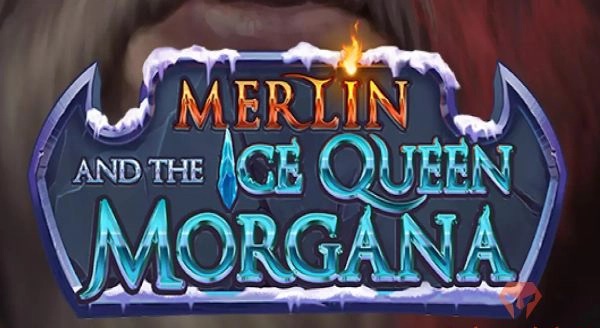 Play n GO has moved on from making standard slot machines based on the legends of Camelot and its principal characters to producing its own storylines involving them. Merlin and the Ice Queen Morgana is based on a narrative in which our beloved wizard battles an Ice Queen who is enslaving a kingdom. Because it was created by this developer, it’s likely to contain graphics that most players will love.

Merlin and the Ice Queen Morgana is a slot machine featuring 5×3 reels and 10 lines that can be used to make combinations. Wilds and scatters, as well as expanding symbols, multipliers, and free spins, are all present in this game. I believe you will be impressed by its potential, as the game has the ability to pay 20,000x the stake at the cost of extreme volatility and an RTP of 96.28 percent.

In exchange, you’ll find a slot machine with a lot of potential, capable of paying out 20,000x the bet in a very lucky round. It’s not easy to get there, especially in a game as volatile as this one, but some players may succeed.

The predicted returns are 96.28 percent, according to the figures they’ve provided. In Play n GO slots, that’s usually the highest setting, although operators will often choose a lower amount. That’s something to think about before you go to your favorite casino and start playing the game.

Morgana will operate as a wild, allowing her to act as a substitute for symbols that you may require in the exact location where she landed. The wild will produce unique combinations when combined with normal symbols. The Morgana Wilds, on the other hand, should ideally create their own wins because they pay as much as the top symbol (up to 250x the bet on each line) when this happens. These symbols can be seen in both conventional and stacked configurations.

It’s possible that the Morgana wild will appear stacked and blanket the entire reel. If this occurs, she will appear with an up to 8x multiplier that will be applied to all wins in that round.

You will enter the free spins mode thanks to the Magic Staff. To win a jackpot of up to 100x your stake and 10 free spins, you’ll need between 3 and 5 symbols.

Because you’ll be given a specific symbol for the duration of the feature, the mechanics will remind you of the Book-style genre. It is chosen at random, and when it settles, it will expand on its reel. When you have 2 to 5 premium special symbols, or 3 to 5 low symbols, on as many reels as possible, you win.

If you want to win the highest jackpot of 20,000x, you’ll need a free spin with Merlin as the special symbol, which appears on four of the five reels while a stacked Morgana Wild appears on the fifth and multiplies your winnings by 8x.

It’s a slot machine that clearly takes its inspiration from the legends of Camelot. Inside, there’s a lot of magic and fantasy. Although the two major heroes bring fire and ice, the background design will mostly focus on the latter.

There are five Royals in play, ranging from 10 to A, as shown by the symbols. The Emerald Ring, a Blue Cauldron, Spell Book, Merlin, Magic Staff scatter, and the Ice Queen Wild are among the highest-paying symbols.

Merlin and the Ice Queen Morgana will be Play n GO’s standard high-end slot, performing admirably throughout the board, from top payouts to special features and aesthetics.