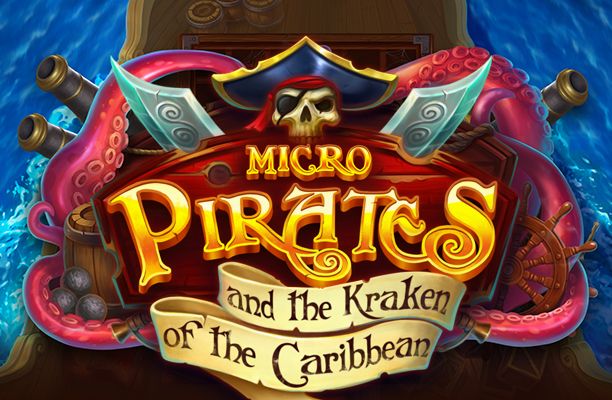 The full title of this new slot from TrueLab is Micro pirates and the Kraken of the Caribbean. Naturally, we anticipate a design with a pirate theme and the usual entertaining graphics and spoils that every game of this type offers. Even though the title mentions “Micro pirates,” the size of the loot is all that matters.

The 6×7 reels of the Micro pirates slot machine are powered by the Cluster Pays algorithm. The best payout on this slot machine will be 10,000 times the bet, and while the volatility is rather high, the RTP is also acceptable at 96.14 percent. Free spins, cascading reels, different kinds of wilds, and a collection mechanic are all to be expected.

Micro pirates can be played for as little as $0.10, but there is also the potential to wager as much as $100.

The largest prize that can be won there will return to you a maximum of 10,000 times your original wager. It appears to be a respectable top prize for you to pursue, even for a contemporary slot machine. On the other hand, consider that the slot machine has a medium-high volatility level, which makes those payouts appear reasonable given the level of risk you’re incurring. There is an RTP range, as is common these days, and the highest figure offered is 96.14 percent.

Features of the Micro pirates slot

A winning cluster consists of five or more matched symbols that are connected vertically or horizontally. The cascading reels technique is used to eliminate the cluster after it has formed. New symbols could fall into the open spaces, triggering new clusters and cascades.

There is a collection mechanic that makes use of symbols from successful clusters. There are four levels used in all, and you can advance through them. Also possible are four additional over collection levels.

The available wilds variations include:

To activate the Powder Rush feature, 2 to 4 Powder Kegs must be present on the reels. When they contribute to wins, they explode and can leave up to three regular wilds in their wake. If they are not consumed, they continue to exist from one cascade to the next.

Depending on the level of the collection you reached, up to 12 free spins could be awarded. A Little Kraken Wild and a Kraken Frame will appear somewhere on the reels for each spin.

A health point will be taken away from a Kraken Frame’s 2-4 health points if a symbol in that place contributes to a win. When the frame snaps, a sizable Kraken Wild results. The Kraken Wild eventually occupies 3×3 to 5×5 locations with 4 to 15 broken frames. At the conclusion of the round, it is added to the reels.

The six tall reels of this excellently made slot machine with a pirate theme are situated inside a ship. At the bottom, there are four coloured skull coins and four pirate symbols for privileged spots. As you play the game, many wilds can also land there.

The Micro pirates slot machine boasts a striking design, a complicated combination of bonus features, and a tonne of potentials as well.