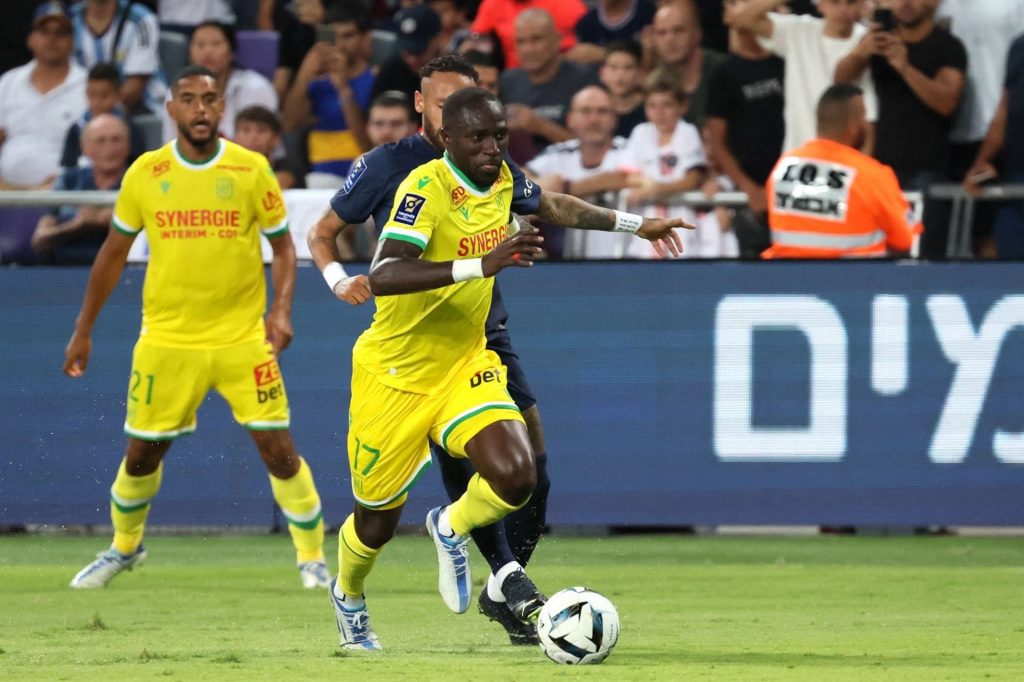 Olympiacos will have a challenging trip to the Stade de la Beaujoire on Thursday as Nantes wait in Group G for their first Europa League match of the year.

In the upcoming months, the two teams will also face off against Qarabag and Freiburg, with first place in the group undoubtedly in both teams’ sights.

Nantes vs Olympiacos Tips and Prediction

Nantes made waves in the French football landscape under Antoine Kombouare last season, earning a direct entry into the Europa League thanks to their memorable Cup of France victory, but establishing their dominance has proven more challenging this time around.

Les Canaris have only managed to win one of their first six Ligue 1 games this season after losing to Paris Saint-Germain 4-0 in the Trophee des Champions. Their lone success came at home against a freshly promoted team in Toulouse.

At the weekend, Nantes faced another difficult matchup with PSG, and Kombouare saw his former team win another easily – this time by a score of three goals to nil thanks to a Kylian Mbappe brace and Nuno Mendes’s goal after Fabio’s early red card.

Nantes, who have not been the same since the French striker left the club in the summer, and who have now gone five games without a clean sheet, are hurting as they watch the now-departing Randal Kolo Muani thrive for Eintracht Frankfurt.

The 2022–23 season will mark Nantes’ return to Europe after 21 years, when they were eliminated from the continent after the group stage of the 2001–02 Champions League. Nantes were a regular in the old-style UEFA Cup and even advanced to the quarterfinals in past years

Olympiacos, who have won the Greek championship 47 times, are seasoned veterans of the second tier of European football. However, they could have been competing in the Champions League had they not been humiliated 5-1 on aggregate by Maccabi Haifa in the second qualifying round.

Following a second consecutive Champions League qualifying defeat, ex-Huddersfield Town manager Carlos Corberan took over from Pedro Martins, and after Olympiacos defeated Slovan Bratislava and Apollon on penalties to advance to the group stage, he made sure that Olympiacos would receive the consolation prize of Europa League football.

The Piraeus team’s victory over those two teams on penalties was hardly a convincing manner for them to commemorate their return to the Europa League, where they will play for the fifth consecutive season and have advanced to the knockout rounds each time.

The defending champions have had a strong start to the Super League Greece season, earning seven of the nine points available to move into second place in the standings, just one point behind unbeaten Panathinaikos. The Red-Whites also defeated Ionikos at the weekend.

Olympiacos is playing Nantes in a competitive match for the first time this week, looking to extend their unbeaten streak in all competitions to seven games. However, only nine of their previous 30 encounters with French teams in Europe have resulted in victories for Olympiacos.

The upcoming games will likely determine if Nantes is suffering from a brief hiccup or the dreaded second-season syndrome, but the signals are not good for Kombouare right now, and his team has very little European experience.

Olympiacos, in comparison, boasts a talented group of athletes who understand what it takes to succeed in European competition, and we anticipate Corberan’s team to keep scoring goals to make the difficult trip worthwhile.