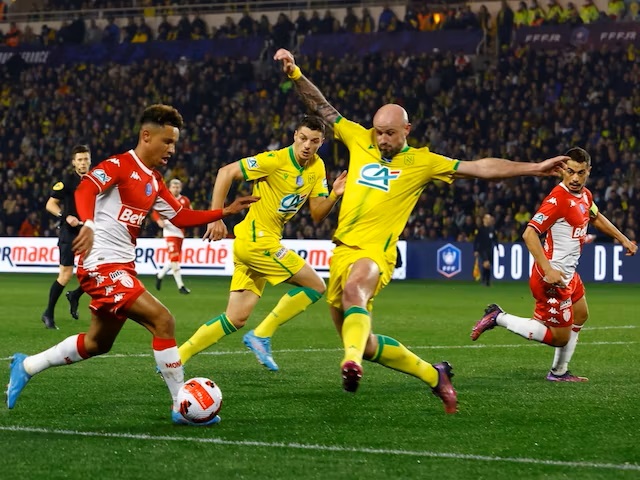 Nantes will be taking on Toulouse on Sunday after they have only gotten just two points from the three league game played this season. Toulouse have been on a unbeaten run in the Ligue 1 taking five points from three games.

Nantes vs Toulouse Tips and Prediction

Nantes started the Ligue 1 season after coming off a defeat from PSG in the French super cup with a tight draw to Angers. The lead

After Moses Simon gave Nantes the lead against Lille in the first half, they appeared to be on their way to their first victory of the season, but Ismaily’s goal in the 76th minute ensured a draw.

Following that, Nantes played Marseille on the road. Despite Ludovic Blas’ penalty kick goal, Nantes lost 2-1 thanks to goals from Chancel Mbemba and Nicolas Pallois.

Nantes enters the match on Sunday without a victory in their previous five Ligue 1 games after failing to win either of their final two league games of the 2021–22 season.

Despite their struggles to find their best form, Nantes can take heart from the fact that they defeated newly promoted teams at home twice last season.

Toulouse here have been performing reasonably well since their return to the Ligue 1 league after they were able to take five points from a total of nine points this season.

A draw to Nice followed by a win away to Troyes and a draw to Liorent gave them the totaling of five points.

With the away side been able to hold up until this moment taking good number of points, they might be able to fight for there place in the league this season.

As Nantes is entering this game winless and their visitors is unbeaten in the league, we anticipate another interesting match here and we anticipate a draw here.