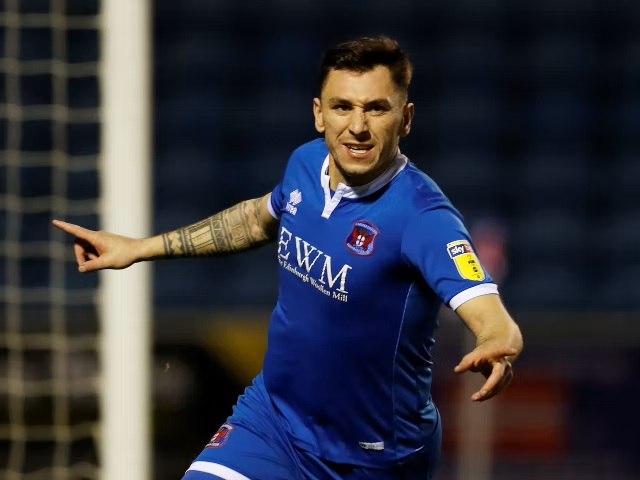 Northampton Town will host Carlisle United on Saturday in a game that will be significant for the League Two standings because both teams are competing for a playoff position this season.

Northampton needs to win at home in order to keep their spot in the top three and their chances of winning the championship.

With 39 points after 20 games, Northampton Town is in excellent league form going into this match. The club’s second-best season start ever, they are currently sitting in third place in League Two.

They were forced to settle for a goalless draw when they last competed in the league after failing to upset League Two underachievers Tranmere Rovers.

With 62% of the possession during the game, the Midlands team was unquestionably in control of the situation.

Northampton is now undefeated in their domestic league and remains a very difficult side to beat despite the bad outcome.

The most of any team in the division, Jon Brady’s team has been efficient in front of goal, scoring 34 goals in their domestic campaign.

Sam Hoskins, who is tied with Andy Cook of Bradford for the most goals scored in League Two this season with 13, has been a prolific goal scorer this year.

Northampton has a good record at home against Carlisle United, winning all three of their most recent encounters and scoring three goals in each one.

Carlisle United comes into this match in good position as well, having gone unbeaten in five League Two games.

When they last played, Paul Simpson’s team couldn’t hold onto an early lead and ended up drawing with Sutton United.

Carlisle took the lead on the half-hour mark on a header from Ryan Edmonson, but the visitors drew level just before halftime on a goal from Will Randall.

Simpson lamented his team’s inability to create quality opportunities after the game. He emphasized the desire for his club to revert to the looser approach that has helped Carlisle climb to the seventh spot in League Two rankings.

The Cumbrians have only once in their last seven attempts defeated Northampton, despite meeting the Cobblers in their most recent matchup in March of this year.

Northampton Town is among the League Two clubs to beat due to their consistency of play, despite the fact that both teams have shown to be difficult opponents to defeat this season.

Carlisle has been a great performer away from home this season, but Paul Simpson has recently struggled to create opportunities that will lead to goals, and it’s possible that they lack the offensive firepower to outscore their other promotion candidates.