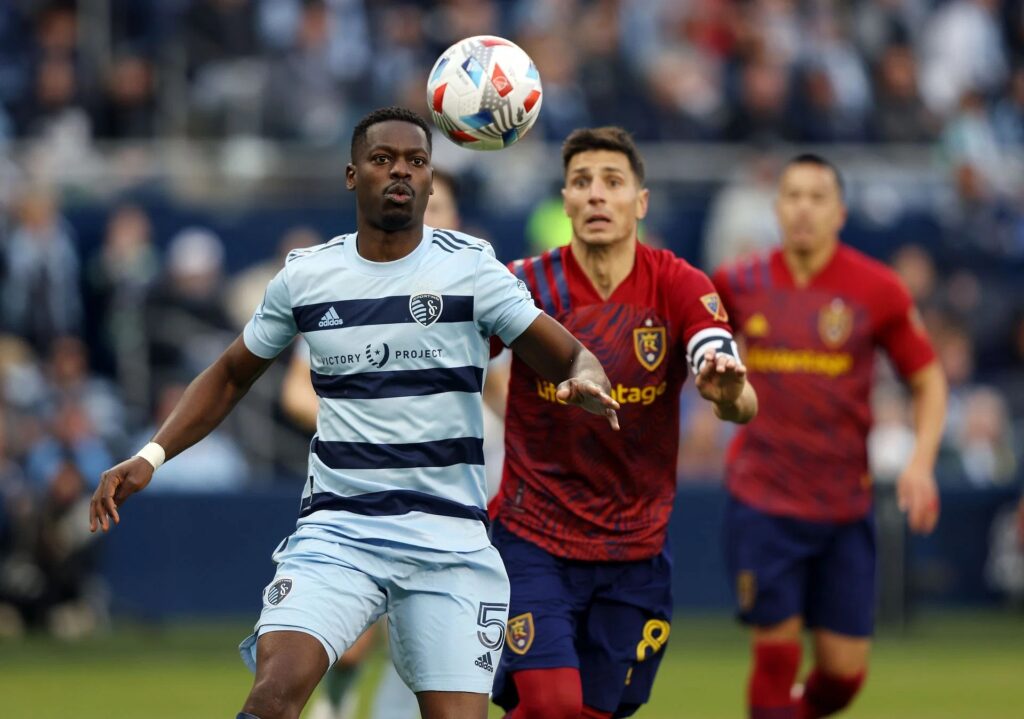 When Real Salt Lake hosts Sporting Kansas City on Sunday, they will put their unbeaten record at Rio Tinto Stadium to the test.

The only two MLS teams without a home loss this season are Claret and Cobalt and SKC, who on Wednesday drew Minnesota United 1-1 to extend their winning streak to five games.

Salt Lake was defeated 2-1 by Atlanta United midweek as a result of two defensive errors, and they subsequently fell to fourth position in the Western Conference standings.

In two of their most recent three games, Pablo Mastroeni’s team has given up the first goal, and they have dropped two points against their fiercest rival, the Colorado Rapids, in between those defeats .

This team has had a strong season thus far, and even though the last few games have not been great, overall, they have played well. After 20 games, they have 30 points, which is their best regular-season start since 2017. After losing Albert Rusnak to the Seattle Sounders in the off-season and without their leading scorer from 2021, Damir Kreilach, who has been out for much of the season with a back injury, Mastroeni deserves a lot of credit for how this team has performed as a unit in his first full season as head coach.

Those two players alone tallied 27 of their 55 goals in the 2021 regular season campaign. Mastroeni has implemented a system so far in 2022 that benefits the entire group as 13 different players have scored at least once, and the club has been strong at home with five clean sheets.

The 2022 season in Kansas City has been disappointing, to say the least. With 20 points, this usually reliable team is in last place in the Western Conference.

Sporting Kansas City is off to their worst start since changing their name, and Peter Vermes, the longest-tenured manager in the league, is scrambling to come up with solutions. Even while their recent play hasn’t exactly been exemplary, they have taken baby steps in the right direction, picking up four points in back-to-back road games, including their first comeback victory of the year last Saturday, 2-1 over CF Montreal.

They have played their best football away from home since losing to the Portland Timbers 7-2 at Providence Park in the middle of May, collecting eight points in their last five away games.

KC has struggled to replace all-star defensive midfielder Lilie Sanchez aside from the significant injuries sustained by their Designated Players. This is because they have been much easier to penetrate in the middle of the field and have allowed the second-most goals in the Western Conference (35). They are currently seven points outside of a playoff spot despite playing very much like the RSL team from a year ago, with most of their chances and assaults coming from a select few players.

RSL should be able to find a way through what has, for the most part, been a leaky KC backline because they are more consistent as a team in all areas of the game and their backline will likely focus on Johnny Russell.