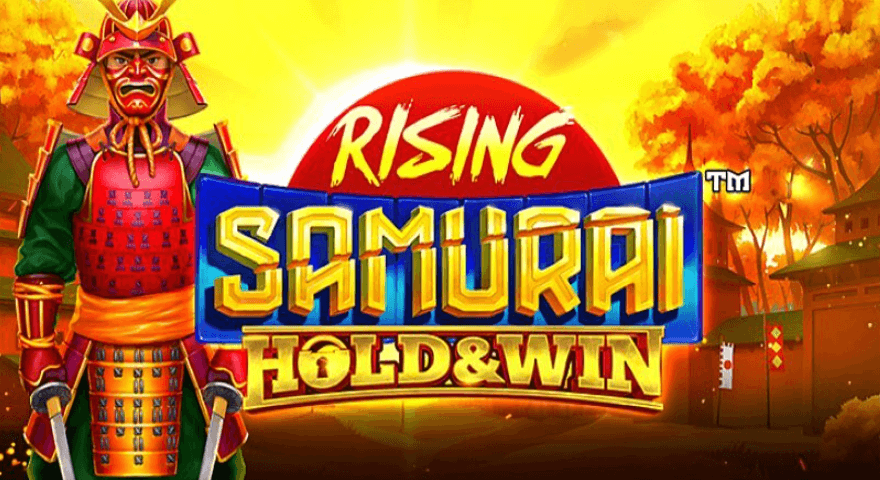 We’ve seen a lot of iSoftBet’s Hold & Win slots, and Rising Samurai is the most recent one to have this feature. While most of these games play and look the same, the Samurai theme might just make this one fascinating enough for gamers to try out. There are a few extra factors that keep it interesting for the player, so it’s not your normal Hold & Win experience.

Rising Samurai: Hold & Win is a 5-reel slot with 576 ways to win at first. However, more rows of symbols can be added, bringing the total number of ways to 3,087. I believe you’ll enjoy its potential payouts, as a jackpot of 16,215x the bet is one that many players will want to chase, especially in a medium volatility slot. It also has a 95.98 percent RTP, which adds to its appeal. There are a lot of features in this game, including wilds, scatters, respins, and free spins with up to 4x multipliers.

Starting out in a game like Rising Samurai shouldn’t be too difficult. The betting range is conventional, beginning with a minimum of $0.20 and ending with a maximum of $100.

One thing to keep in mind about this game is that it offers a unique blend of modest volatility and large payouts that you won’t find anywhere else. Rising Samurai outperforms a number of other slots with a similar level of risk, with a top prize of 16,215x the stake.

It’s also worth mentioning that the RTP is 95.98 percent, which is about average. It’s nothing to write home about, but it shouldn’t scare you away either.

The wild is one of the most fundamental characteristics in Rising Samurai, and it will come in handy rather often, mostly because it is easier for it to assist out in a slot with multiple possibilities to win than it is in one with set lines. However, because these wilds appear only on the center three reels, they aren’t as potent as they are in other slots.

You can obtain access to a Katana function at any time when playing the game’s spins. It will simply provide you with either a guaranteed win spin or one of the two primary features.

The slots scatters will be employed to provide you straight access to the major features. The scatter is one of them, and it will award you with free spins. You’ll get 10 to 15 free spins if you see three or more scatters. The key change in this feature is the use of Boosters, which are used to increase the game area by 1 on the middle three reels while simultaneously increasing the multiplier by 1x. At most, you’ll have 3,087 possibilities to win (on 3-7-7-7-3 reels) and a 4x multiplier on all wins.

The Hold & Win respins should come as no surprise, as you can tell from the title that they’re a big element of the game. The so-called money symbols are used to obtain access once more, this time in the shape of Gold Coins. They must appear on the reels at least 5 times in order to receive 3 respins from the game. The triggering Coins will remain sticky, and landing fresh ones will restart the respins.

For the Coins, you have a couple of options. Some will pay out cash prizes on a regular basis, up to 10 times the stake. Others will fetch one of the four set jackpots, with the best paying 250 times the investment (Grand Jackpot).

The following Coins are the most rare ones, and you can acquire up to three of them.

Multipliers: will increase the multiplier by one, enhancing all wins. The highest multiplier available is 4x.

Rising Samurai is, as expected, based on the legendary warriors of medieval Japan. The stars of the show are the Samurai, and you’ll notice one behind the game area, while the surrounding images transport us to a Japanese palace.

While the lower symbols will include images of the normal Royals (five of them, from 10 to A), the upper symbols will feature four Samurai warriors, who are more visually appealing. The main feature symbols will be coin scatters, Free Spins scatters, and Ninja Stars as wilds.

Overall, I believe that Rising Samurai will be a viable alternative for many people. I wouldn’t only recommend it to people who prefer Hold & Win slots in general; it adds enough to the other elements to make them stand out.