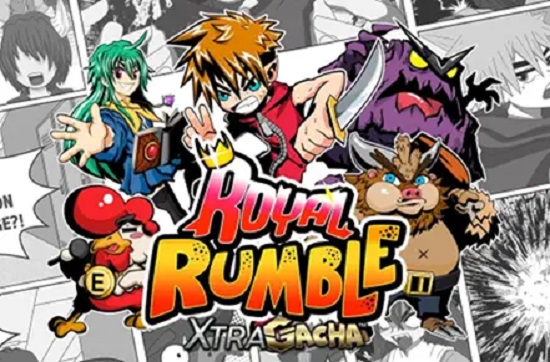 We can observe major inspirations from the Manga genre in Royal Rumble XtraGacha. This Swintt slot machine is one of the more distinctive titles I’ve seen them release so far, which is a big positive for this company. There are also a handful of fascinating features to check out, all of which fit in nicely with the story that the game appears to be conveying.

The 5×3 reels on which Royal Rumble XtraGacha will be played will have 50 paylines. The game has the potential to pay out up to 4,022 times the stake. There is an RTP range in place, with 95.32 percent being the most common number. There are various intriguing features to try out, like Crown Wilds, Bomb scatters, and free spins.

Individual winning combinations can pay up to 50 times the stake, therefore the potential for a single round appears to be 2,500 times the stake. However, the maximum payout is 4,022x the bet, so you can win more during the free spins.

It’s important to remember that the RTP of these slot machines might fluctuate. Because it’s unlikely that you’ll find a casino that employs the maximum RTP of 97.57 percent, the return is more likely to be set to the medium choice, 95.32 percent. You should avoid playing it at a casino that chooses the 89.45 percent payout option.

Among the game’s unique characteristics, I’d point out the wild sign, which may either build combos on its own or replace for ordinary symbols. It pays as much as the top symbol on its own, therefore a full 5-symbol combo pays 50x the stake. The normal constraints apply, such as the fact that a wild cannot be used to replace a scatter and therefore activate a feature.

The Super Symbols are cubes that appear on the reels and open up to reveal wilds, scatters, or more free spins.

Up to 10 random wilds may be added to the game area if the Royal Rumble wild is triggered.

During the Mega Royal Rumble, which can be triggered during free spins, two waves of wilds will be added in a single round.

The scatter symbols on reels 1 and 5 are required to activate the free spins feature. The Mega Royal Rumble is the extra mechanic available, so you receive three spins.

The design of Royal Rumble XtraGacha is Manga-inspired, with comic-book-quality illustrations. They may occasionally reveal less fascinating symbols, such as Royals from 9 to A, but they also include numerous characters from the slot’s story, which blend in perfectly.

Royal Rumble XtraGacha appears to be one of Swintt’s more distinctive slots to date, a strong addition to their portfolio and something Manga fans can not easily find elsewhere.