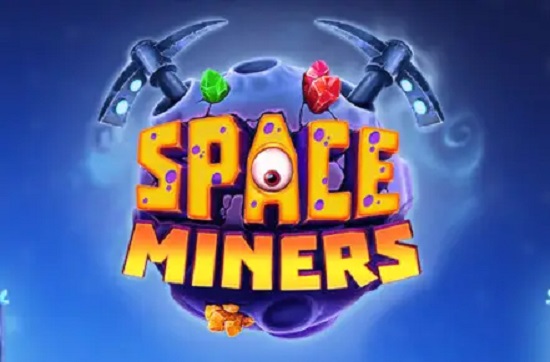 Relax Gaming’s Space Miners is a futuristic slot machine in the sense that it is linked to space mining, an activity that will most likely be part of humanity’s future as well. For now, we’ll have to make do with a cartoon-style graphic depicting alien species mining asteroid for diamonds. If done correctly, it has the potential to be entertaining.

Space Miners is capable of much more, relying on a form of game area that isn’t very common, with 6×3 reels and 729 possibilities to win. It’s possible that up to 1,000,000 methods to win will be unlocked in the future. As it stands, a 50,000x the stake jackpot shouldn’t come as a surprise, and while the High volatility isn’t ideal, the RTP of 96.47 percent is very enough. Expanding wilds and scatters, as well as cascading reels, Power Ups, and free spins, are all available in the real money slot.

Starting at $0.10 for a per spin, Space Miners can rapidly become costly, with a maximum bet of $20.

Space Miners is a fantastic slot machine, one of only a few that can pay out 50,000 times your bet. There are an increasing number of games of this type being released, and they all have a high level of volatility in common. However, because the RTP is set to 96.47 percent in this scenario, it saves it slightly (average is about 96 percent).

The Cart laden with gemstones, which is one of the most important symbols on the reels, will act as an expanding wild. It’ll be particularly useful in that capacity, as it helps to the formation of every single combination through its reel.

A cascading reels style element appears whenever you form a winning combination. It substitutes winning symbols for others, potentially resulting in more wins. It also demolishes obstructed positions, allowing you even more opportunities to win. This might result in a game area with up to ten symbols per reel and a total of one million ways to win.

You can obtain Power Up positions when playing Space Miners, which can be destroyed when generating combos through consecutive cascades. This activates the Power Ups, and there are several variations to choose from (2 in the base game, and 4 during free spins).

The UFO is a Bonus symbol that appears just once per reel. To be eligible for the free spins, it must appear on three or more reels (6-12 spins triggered). After that, any new scatter that lands will award 1 extra spin.

At this time, there are two more types of Power Ups accessible.

Once you’ve removed all blocks, you’ll be able to stay in those locations for the remainder of the feature; the game area will not reset.

Thanks to all of the small creatures that occur amongst its symbols, it resembles a hybrid of a gemstone mine and an alien theme. It’s a little game area at first, but as you form wins and eliminate obstacles, it grows larger, and eventually it can be a massive setup with 6×10 symbols. It’s all set underground in a mine, with the game area serving as a focal point.

The symbols occur in a few distinct variations, some of which are basic jewels of various colors, while others depict square-shaped alien beings with one or two eyes, sometimes paired with vicious teeth.

Space Miners has a lot to offer, and I’m not just talking about the massive top prize. I liked the game’s distinctive theme, the way it unlocks game areas and gives you more ways to earn money, and the pretty large list of extra features.