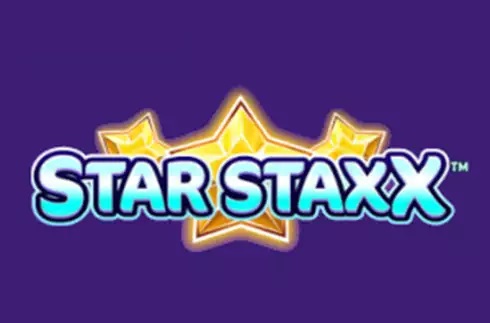 Stakelogic has created a new online slot called Star Staxx, which combines traditional slot elements with newer mechanics. The classic slot genre, which includes fruit, star, diamond, and other classic symbols, is enduringly popular and allows for a wide range of creative expression within the constraints of the format. Star Staxx combines traditional elements with newer features and gameplay to provide a fresh take on the classic slot genre.

Star Staxx is a classic slot with a cosmic theme, as indicated by the purple, star-filled background image. The game does not have a separate bonus round, and the grid is filled with bold symbols that give it a similar feel to Big Time Gaming’s Opal Fruits. The sights and sounds of the game are essential and are designed to appeal to a specific group of players.

Star Staxx is a medium-high volatility slot with a maximum RTP of 95.93%. It features a 5×3 grid with 20 fixed paylines that pay in both directions. The Super Stake feature can be activated at an additional cost to increase the number of star symbols that appear on the reels. The game has a betting range of 20 p/c to £/€200 per spin or 40 p/c to £/€400 per spin with Super Stake activated.

The following symbols on the list are the regular paying symbols, of which there are ten. These include card icons J through A and watermelons, cherries, bells, bars, sevens, and diamonds. The royal symbols pay out between 0.5 and 5 times the stake for a five-of-a-kind, while the higher-paying symbols pay out between 5 and 50 times the bet for a five-of-a-kind. It’s worth noting that the game does not include wild symbols at any point during play.

The upper Prize Reel is a critical feature in this game. It sits above the primary grid and displays Extra Spin or Bonus Win rewards. Each spin causes the rewards on the Prize Reel to move one position to the left, with new rewards appearing on the rightmost position. Bonus Win symbols can be worth up to 2,500 times the bet, while Extra Spin symbols grant one or two additional spins.

To access the rewards from the Prize Reels, you’ll need to land Star symbols on the central reels. Each Star symbol on a reel will trigger the Bonus Win or Extra Spin prize directly above it. When you win Extra Spins, all of the spins are added together and awarded at once. Free Spins are essentially free base game spins, and during this time, the Prize Reel will move one position to the left. It’s also possible to win more Extra Spins during a free base game spin.

In summary, Star Staxx is a classic slot game with a twist. It’s designed for players who prefer a fast-paced game without overly complicated rules or features. The goal is to spin the reels and land Stars beneath the highest Bonus Win rewards (which can potentially be quite large). Free spins and payouts for winning combinations in both directions are additional features. Overall, the game is straightforward to understand.

Although the game may seem simple, it may not always provide a smooth playing experience. During our test session, the demo might have been broken because payouts were so few and far between, and even average line wins were hard to come by. However, a few decent hits later, it became clear that this was not the case, though the game did seem to have a low hit rate. It’s worth noting that this may have just been a dry patch and not necessarily representative of the game. It’s possible that because Star Staxx is such a simple game, minor quirks stand out more than they would in a more complex slot. Essentially, the goal is to hit the play button and hope that the Stars land beneath a valuable prize.

In conclusion, Star Staxx is a straightforward, though potentially challenging, retro slot that may appeal to players who enjoy a bit of a challenge. The gameplay may not be groundbreaking, but it is interesting enough to pique the interest of some players, even if it may not hold their attention for the long term. There is likely an audience for this game out there.