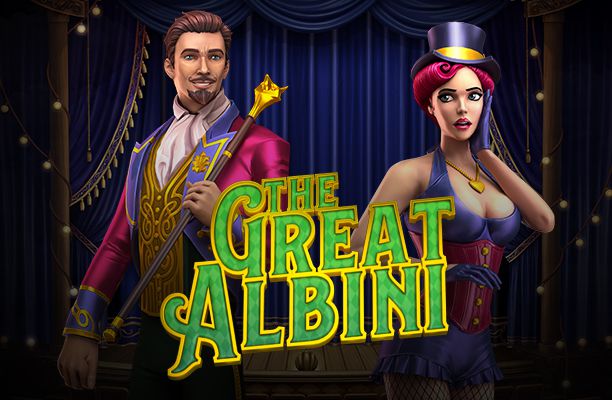 Foxium has just announced The Great Albini 2, and it appears that they’re going all-in on this series, providing an even greater new slot for the sequel. The sequel is aimed to deliver substantially higher payouts while maintaining a reasonable amount of volatility, but the RTP has been reduced slightly. Overall, a slot machine worth anticipating, at least based on the stats provided so far.

The Great Albini 2 features 40 active lines over 5 reels. The number of lines has been reduced slightly, but the game will pay out far more, up to 20,000 times the investment. Despite this, only a medium level of volatility is foreseen, with an RTP of 96.10 percent. Its unique features include Hold & Win respins, wilds, and Collect mechanisms.

Starting out with this slot is about as simple as it is with any other. $0.20 is a reasonable bet for most players to make when trying out a game for the first time. Wagers can go up to $12 if you wish to pay more.

The Great Albini 2 is predicted to pay up to 20,000x the stake in just one round, and the payouts have been vastly increased. That’s a $240,000 jackpot that might be won by a player who spends no more than $12 a spin.

The volatility is medium, despite what you might think. At 96.10 percent, RTP appears to be satisfactory, although it is lower than the original’s 96.60 percent.

Features of the Great Albini 2 Slot

The wild symbol is one of the special features that The Great Albini 2 relies on. It is both a top paying symbol and a substitute that can come in handy at times. For each combination produced solely with wilds, wins of 16.67x the stake are possible.

A fifth reel Collect symbol is required to claim the gemstone prizes (potentially with a multiplier of up to 5x applied as well). The player will then win all visible prizes.

To activate the Hold & Win feature, you’ll need all three scatters to appear on the center three reels. You’ll have the normal three respins as you aim to land more special symbols. If you obtain them, the respins will be reset.

The symbols that appear in this stage range from the previous jewels to up to 5x multipliers and Lily symbols that give you extra respins.

You get paid when you run out of respins or the reels are completely loaded with symbols.

The Great Albini 2 is a good sequel, however the graphics have changed a lot since the first one. The prior slot appeared to be of similar quality, so there isn’t much of a difference in terms of quality. Many of the symbols have to do with the Great Albini, his assistant, or his feats, and the action takes place in front of a stage where the magician is performing.

The Royals, which appear between the 10 and the A, are the first few symbols. The Cup, Knife, Lily, and Albini are then delivered. Scatters and wilds will also appear on the reels.

If you like Hold & Win respins or the Cash Collect mechanic, The Great Albini 2 might be for you. When you look at the figures, it also appears to be a good bet, with large top rewards and adequate RTP values.