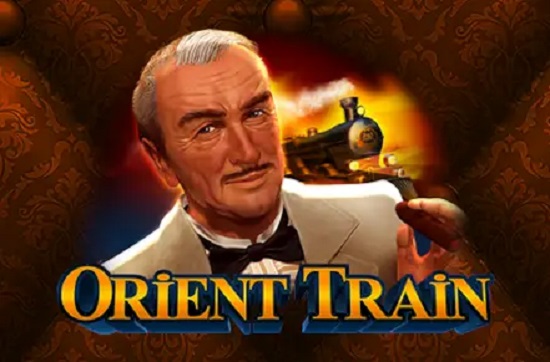 The Orient Train will almost certainly take us on a road trip through Europe and Asia. The Orient Express began service in the late 1800s and has remained a popular travel option for the past 140 years or so. It wouldn’t be the first slot machine to take inspiration from it, and I’m expecting big things from the ones that do.

On 5×3 reels, they went with a typical setup, but with a relatively limited amount of lines, giving you only 5 chances to generate winning combos. There are wins of up to 1,000 times your stake mentioned, yet you’re playing a slot machine with a low RTP of only 95.16 percent. The only features that will be included within are wilds, scatters, and the Railroad feature.

To begin the game, you just need 5 coins, which implies that a spin costs only $0.05 at the lowest level. You could end up wagering $100 at the highest one.

In exchange, you might be paid up to 1,000 times your bet, which is the maximum payout from a single winning combination of 5 wilds, the game’s strongest symbol. The set jackpots of up to 500x the bet, which are paid during the Railroad spins, are an option.

The RTP of Orient Train varies, but the value you’re looking for is 95.16 percent. Every other possible RTP is going to be lower than that. Even at the highest level, it’s hardly a high-return slot machine.

Features of the Orient Train Slot

The highest-paying symbol, as well as the wild, may be found in the Man’s visage. If you can get five of them on the same line, you will be paid 1,000 times your stake. They can also be used as substitute symbols, making it easier to construct lower-paying combos.

In a Railroad bonus game, only one more feature was included. It’s a spin-off of the popular Hold & Win respins, which may be triggered by landing three or more Train scatters. Trains are transformed into coins that remain sticky on the reels during this feature. You then proceed through three rounds, attempting to land more Coins in order to reset the amount of remaining spins.

You can win fixed jackpots of up to 500x your stake, or regular Coins prizes of 1x to 25x your investment.

Because the theme is based on the Orient Express, the steam locomotive that serves as the scatter emblem will be the highlight of the show. In the wild, a man dressed in a white tuxedo who is also a high-paying symbol. The list continues with photographs of a deck of cards, money, and glasses filled with what I assume is either tea or a powerful alcoholic beverage. The Royals are the last five symbols, from 10 to A.

The design of the Orient Train is appropriate for the theme it is covering. Top symbols with a lot of detail and warm colors can help you see it. It’s just a shame that it doesn’t have a higher RTP.