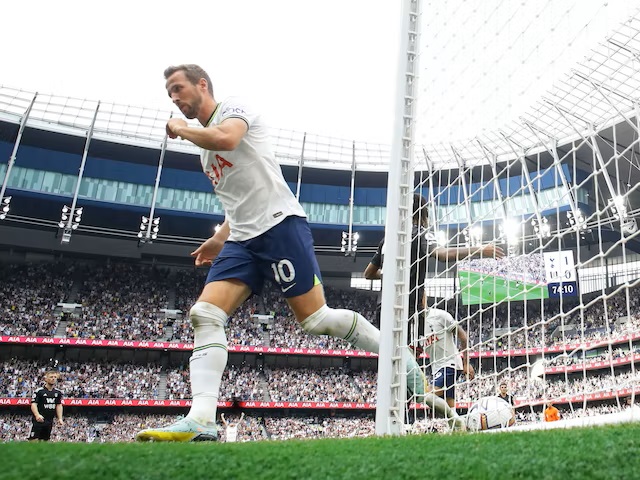 Tottenham Hotspur will be playing against Marseille in the Group D of the champions league after a tightly battled premier league finishing.

They will also be looking to battle against Sporting Lisbon and Eintracht Frankfurt in the table as they will be hoping to qualify for the following rounds.

Tottenham’s early Premier League performance indicates that the Lilywhites can succeed in Europe, which would negate the joy of beating Arsenal to the fourth and final Champions League position.

Picking up where they left off at the conclusion of the 2021–22 season, Tottenham are still unbeaten in the Premier League after six games. On Saturday, they defeated Fulham 2-1 to earn their fourth victory of the year. Goals from record-equaling Harry Kane and Pierre-Emile Hojbjerg were followed by a stunning consolation from Aleksandar Mitrovic, which helped Tottenham clinch third place in the standings. In addition to tying Thierry Henry’s record of 43 goals in the London derby of the Premier League, Kane’s goal made him the competition’s third-leading scorer overall. The 29-year-old will look to lead the Lilywhites to another successful European campaign.

Tottenham, who finished second to Liverpool in 2019, lived in the drudgery of the Europa Conference League the previous year before their COVID-19 cluster caused them to withdraw from the competition, which may have been a blessing in disguise considering their league accomplishments.

Tottenham also advanced from each of their last three group-stage appearances in the Champions League, most recently being ousted by RB Leipzig in the 2019–20 last-16, and their victory over Fulham marked their sixth consecutive competitive home win.

In a weekend trip to recently promoted Auxerre in Ligue 1, Les Olympiens took the lead due to a brilliant finish from Gerson before Guendouzi set up Sanchez to score his third goal of the French top flight of the year.

Tudor’s team won their fourth straight match in Ligue 1 at Auxerre, keeping pace with Paris Saint-Germain at the top of the rankings despite Marseille now having to settle for second due to Les Parisiens’ enormous +20 goal differential.

The opposition has recently had success on a global level, reaching the semifinals of the Europa Conference League last season after placing third in their Europa League group, but their aspirations were still high but later crumbled3by Feyenoord.

. Marseille, who most recently held a spot in the Champions League two seasons ago, hasn’t advanced past the group stage in either of its last two appearances in the top competition, and the visitors have lost 12 games in the competition to English opponents before they play Tottenham competitively for the first time.

The Marseille defense does not exude a lot of confidence, so if Conte’s team can prevail in what should be an exciting midfield battle, an in-form Kane and a brilliant Richarlison can anticipate success in front of goal.

Though it is impossible to dismiss Les Olympiens’ outstanding start to the new season, Tudor’s team has a chance to win since Tottenham may be a little rusty on the greatest European platform. But Tottenham have been outstanding so far we can anticipate a draw match here.