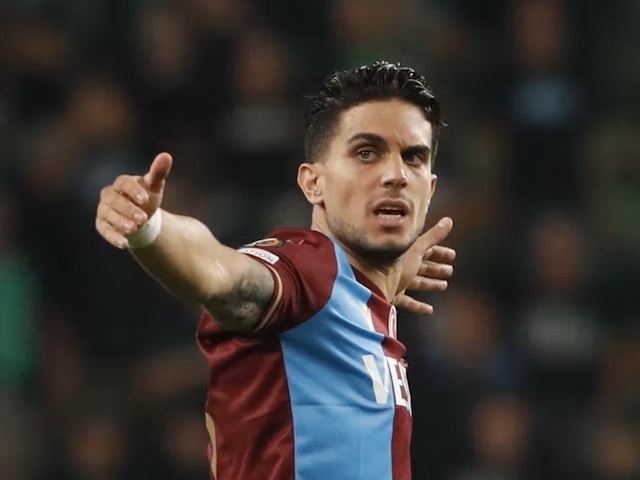 The highlight match of the Turkish Super Lig’s comeback is Trabzonspor welcoming Fenerbahce to the Akyazi Stadium.The defending champions and the league leaders square off in this crucial game.

Trabzonspor, the current league champions, have not had the best of starts, but despite dropping to seventh place, they are still only six points behind the leader in the tightly contested race for the top spot.

However, the loss of leading scorer Andreas Cornelius to FC Copenhagen and the injury to Edin Visca have had a significant impact on the offense, practically doubling their future opponents’ goal totals for the year.

Maxi Gomez and Yusuf Yazici, Trabzonspor’s replacements, have not been quite as potent, scoring just 19 goals in their first 13 games.

Prior to the midseason break, they struggled to capitalize on European evenings, winning just seven of their seven games after a match in Europe. Since they will be playing in the Europa Conference League in February, that will need to be fixed.

After receiving a massive, unexpected shock in the final game before the World Cup, Fenerbahce, who had been flying at the top of the Super Lig standings for much of the season, is now only slightly ahead in the fight for the championship.

In a stunning 2-1 loss for the league leaders, Giresunspor became the first team to upset Fenerbahce on the road since Basaksehir did so in February, 14 matches ago.

Fortunately, Fener had a safety net to rely on, so they maintained their lead over Galatasaray heading into the interval. But now since the top eight teams are only separated by seven points, their lead is only two points, and many teams are chasing them.

Following four straight victories in friendlies over Rayo Vallecano, Villarreal, Alanyaspor, and Salernitana before the break, they made amends by getting back on the winning track competitively against fellow Super Lig team Istanbulspor this week, defeating them.

Fenerbahce have been prolific goal scorers this year; if Jorge Jesus chooses to play an offensive starting XI, they may have success against a Trabzonspor team that is obviously not as strong as they were last year. A draw here is our most favorable outcome here.