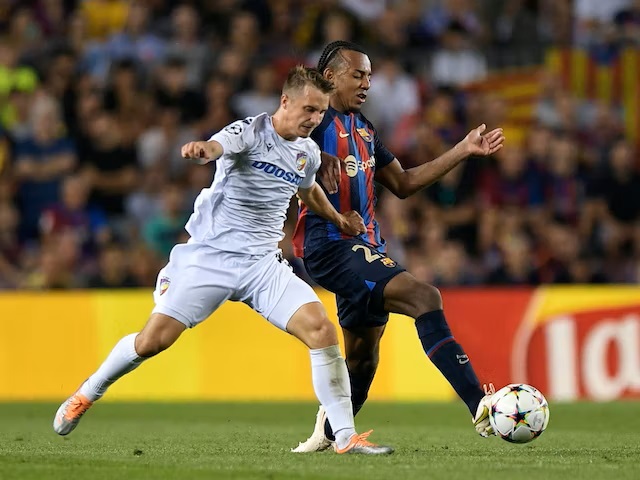 Inter Milan and Czech champions Viktoria Plzen will play against each other on Tuesday night at Stadion mesta Plzne after both teams were defeated on the first day of their Champions League campaigns.

The two will be attempting to make an impact in a tough Group C that also includes Bayern Munich and Barcelona, who defeated them on their respective opening days.

Inter began their most recent Champions League campaign by hosting one of the continent’s finest teams at San Siro, just days after they had suffered a derby loss to city rivals Milan — their second Serie A defeat in three games.

The Nerazzurri were no match for the defending Bundesliga champions last Wednesday, and they suffered a 2-0 loss on the first night of Group C despite pushing Liverpool close in the knockout rounds of last season’s competition.

Simone Inzaghi’s second season in command had started on a more positive note after being deposed as Italian champions by Milan in May and losing the Coppa Italia final to Juventus, but recent results meant that pressure was on to produce three points at home against Torino on Saturday.

Inzaghi’s team, who was only seventh in the league before the game, was on the verge of having to settle for a draw from tenacious opponents, but a miraculous flash of inspiration between Nicolo Barella and Marcelo Brozovic finally broke the visitors’ defense in the 89th minute.

Inter has now won all seven of their recent Serie A home games, but their upcoming trip to the Czech Republic, where they defeated Slavia Prague 3-1 in 2019, will be their only other Champions League visit.

Given the difficult draw, this week’s game may already be labeled as the first leg of a third-place tiebreaker, but if the Nerazzurri want to strive for a top-two spot, then success is practically necessary.

When Viktoria Plzen traveled to Barcelona last Wednesday, they were never expected to break their streak of failing to win their first match of a Champions League group stage in three previous attempts.

Plzen battled valiantly to keep pace with their legendary hosts despite at times feeling overpowered by Xavi’s revamped team, but after falling down after just 13 minutes, they were ultimately sent home licking their wounds following a 5-1 beating.

Just before halftime, Jan Sykora’s goal brought them back within one, but any chance of a dramatic shock was quickly put to rest when Robert Lewandowski scored the second goal of his hat-trick in first-half stoppage time.

Although they have won six of their first seven domestic games to reclaim first place from Inter, including Saturday’s 3-2 victory at Sigma Olomouc, the Czech First League champions are in otherwise excellent shape going into Inter’s visit. They have also successfully navigated a challenging path in Europe.

Michal Bilek’s team began their road to the group phase in the second qualifying round, defeating HJK Helsinki, Sheriff Tiraspol, and Qarabag to earn their place among the elite, but they must now advance significantly in difficulty.

Inter has struggled for consistency since their late collapse at Lazio last month and is a shell of the team that won the Scudetto just over a year ago. They will obviously miss having Lukaku there, so it might be difficult for them to break down a Plzen team that is strong and dangerous on the break.