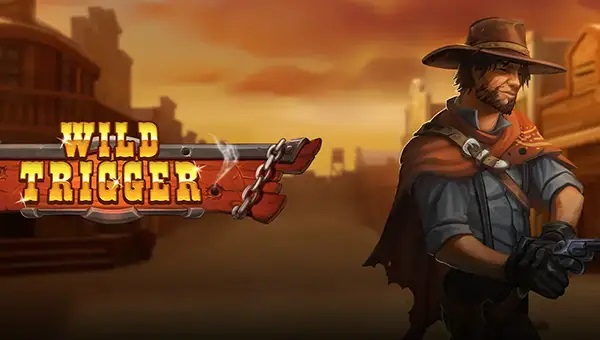 Play n GO’s thirst for launching new slot machines is insatiable, and they’re doing admirably, especially when we consider the high quality of these games and the rapidity with which they’re releasing new ones. Granted, not all themes are excellent, and Wild Trigger’s story and design are based on a very popular Wild West theme, but that doesn’t mean they can’t be entertaining.

The Wild Trigger slot machine has a big game area, with 5×4 reels spinning for you, but only 20 active lines. The winnings of up to 2,000x the bet fit the medium volatility well, and I’d recommend hunting for a 96.20 percent RTP edition of this slot machine. Stacked wilds, respins, and free spins are just a few of the features available in this game.

Because a minimum stake of $0.20 is offered, spinning the reels might be inexpensive. However, there is nothing preventing you from placing a greater wager, even up to $100.

The highest RTP rating allowed in Wild Trigger looks to be 96.20 percent in a slot machine with medium volatility. If all goes according to plan, a player could win 2,000 times the amount he bet on that particular spin. It’s adequate for a slot with such a high risk profile.

When the term “Wild” appears in a slot’s title, there’s a good chance it’ll be one of the game’s key attractions. That is absolutely the case in Wild Trigger, as the game features two stacked versions for them.

Because these are substitutions, you can mix and match them to create new winning combinations. When they land, they contribute to all lines since they cover the entire reel.

The Walkdown Respin is triggered when there is just one wild on the reels. Winning combinations are produced in both directions for that one respin. The position of the triggering wild does not change.

If both wilds appear in a single round, you’ll be awarded 10 free spins. The wilds become sticky, and the combinations form in both directions once more. In essence, just the middle three reels will spin for the next ten rounds.

Wild Trigger doesn’t have a particularly interesting plot or concept, but that doesn’t mean it can’t be entertaining. As a fan of the Wild West, I believe you’ll like the quality of the symbols, especially the two tall wilds depicting figures painted in a comic book style. Behind the reels, you can see the typical Wild West town, dirty and with wooden structures.

The Royals will appear first, followed by five symbols in ascending order from 10 to A. The remainder have whiskey bottles, spurred boots, crossed guns, dynamite sticks, and gold bags in their hands.

The average Wild West fan will enjoy the features of this slot game. Wild Trigger is intended to be a moderately risky game with good payouts and features that heavily rely on wilds.